On January 30th, Via Niccolò Copernico, 38, Milano, 20125 will become the home of Oliver James Italy. Our move is the culmination of over three years’ work in this market, and we couldn’t be happier to take our young and dynamic Italian recruitment consultants with us. Their mission? To become the market leader for specialist recruitment needs in Italy within the next three years. Here's the management team who will be working towards that goal… 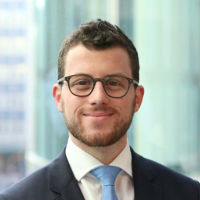 Pietro joined Oliver James Associates in 2014, and will be heading up the Milan office. Leaving his native Italy to attend the University of Manchester, Pietro gained a degree in Business Studies and enrolled on the RBS graduate scheme within its investment banking division. He then helped to launch the Italian Chamber of Commerce’s UK office in the North West, before pursuing a career at Oliver James Associates. Initially, he worked on the change management desk, then began to build the Italian team from the ground up in preparation for its return home. Day to day, Pietro will be responsible for the strategic expansion of our Italian presence, as well as overseeing the general progress of his consultants.

Federico, or Fed as he’s affectionately known, graduated from La Sapienza with a degree in Political Science and International Relationships. He then went to Manchester Metropolitan University, achieving a Master’s in HR and Management. His success led to a career in sales, and a subsequent role in contract recruitment, where he spent 18 months at Netsource – a small IT business based in Manchester. Fast-forward two years, and Federico joined Oliver James as a consultant on the Technology desk. In Milan, he will be overseeing the permanent side of this market, placing candidates from C-level up to specialist. Within three years, he hopes to have become a Director for this desk, leading the Technology team as a whole.

After studying Banking and Finance at Università Degli Studi di Brescia, Giuditta completed her Master’s in Management and International Business at Nottingham Trent University. She then returned to Italy to work in HR for a year, before moving back to the UK in January 2015. This marked the beginning of her career at Oliver James, where she started out as an Associate Consultant on the Actuarial Desk. Triumph here opened the door to a new opportunity, as Giuditta built the Italian banking desk from scratch, and spearheaded the team’s efforts in risk management, investment and FAARC. She will continue this good work in Milan, hiring from C-level up to specialist, with an aim to lead the FAARC team across all industries as Director.

Whether you’d like to hire or be hired, Oliver James Italy looks forward to working with you as we embark on this exciting new journey. Contact Pietro Novelli, Director, Oliver James Italy, for more information, on +39 02 30578302 or pietro.novelli@ojassociates.com.

You can change the different images/texts of each navigation item on the boxes below. Please, use h4 for the titles, regular text without style for the rest.